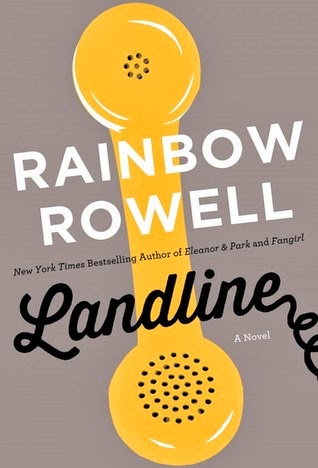 Georgie McCool knows her marriage is in trouble. That it’s been in trouble for a long time. She still loves her husband, Neal, and Neal still loves her, deeply — but that almost seems besides the point now.
Maybe that was always besides the point.
Two days before they’re supposed to visit Neal’s family in Omaha for Christmas, Georgie tells Neal that she can’t go. She’s a TV writer, and something’s come up on her show; she has to stay in Los Angeles. She knows that Neal will be upset with her — Neal is always a little upset with Georgie — but she doesn’t expect to him to pack up the kids and go home without her.
When her husband and the kids leave for the airport, Georgie wonders if she’s finally done it. If she’s ruined everything.
That night, Georgie discovers a way to communicate with Neal in the past. It’s not time travel, not exactly, but she feels like she’s been given an opportunity to fix her marriage before it starts . . .
Is that what she’s supposed to do?
Or would Georgie and Neal be better off if their marriage never happened?

What would you do if you had a magic phone that would allow you to talk to the past? Would you be too scared to tamper with it? Call Doc Brown and see if it needs a flux capacitor to work? Or think you've had too many Doctor Who marathons and need to seek the help of an actual Doctor? Confused yet?


"Let's start over," he said softly.
"How far back?"
"Just to the beginning of this conversation."

Having read (and loved) Rainbow's other books, her last being the ever most popular Fangirl, going into this I had some expectations. One being humor. Which is delivered in spades since Georgie is a comedy screenwriter who is working on her own television show with her best friend, Seth. It was great to see the dynamic that Seth and Georgie had. Their relationship was just as important as the one Georgie had with her husband, Neal, and it showed how that relationship had an impact on her marriage.

Throughout the book you get glimpses of when Georgie met Neal and throughout their whole relationship, from the beginning when they were in college to the present where they are spending christmas apart. I loved all the flashbacks, it gave you a rounder idea of the kind of people they are and why they make the choices they do. Without that, you'd think Georgie is a workaholic and is blind to the man she has. She is those things but that isn't all she is. Anyway, because they are 'separated', she finds herself spending time with her family, her mom Liz and her much younger husband Kendrick, her sister Heather, and a very pregnant pug and her pug mate. (Note: because of this book, I no longer wish to own a pug. Ever!)

Aside from all the hilarity that happens between them, this is really a story about second chances and what you would do if you got one. The whole book had a romantic dramedy feel that you can usually only get from watching John Hughes movies. Like I said, I loved Rainbow's books but with her others I always had the feeling for more once it ended. With this, I was content. From the beginning, my emotions were in constant flux between happiness and sadness for the couple. But the way she ended this, all of that worry felt like you were really on the same journey with Georgie. You wondered if you were going crazy and trying to figure out the most logical explanation for what was happening. To me, the only explanation that made sense was that love is enough.

I won't go into all the details because that would just be giving all the goodies away. So I will let the gifs speak for me instead: (Also, thanks for my friend for getting me this ARC at ALA)